The term Decentralized Finance, or “DeFi” for short, stands for a decentralized ecosystem that offers a wide variety of financial services. At its core, DeFi can be understood as an initiative and movement that wants to open up existing and, above all, new financial services to everyone, without authorities, banks, or other institutions and people acting as intermediaries. As a result, this financial ecosystem should function transparently, fairly, smoothly, and cost-effectively.

DeFi is a generic term for all the innovations in the field of financial services that appeared with the creation of Blockchain and Bitcoin. In 2009, Bitcoin opened a new horizon in terms of moving away from centralization, namely decentralization. And even though few then believed in the potential of cryptocurrencies and the Blockchain, today it is adored by many technology enthusiasts.

How does DeFi work?

Decentralized finance describes a completely new form of an open and efficient financial system that is organized outside of the existing and classic infrastructure – business and financial services take place on the Blockchain.

In general, crypto-assets can be understood as digital values ​​that are encrypted using cryptographic methods, and stored, transmitted, and traded in a decentralized database without the involvement of an intermediary. These digital values ​​can not only be used to process payment transactions but also to invest in companies or projects.

Tokens can digitally represent different ownerships, access, or usage rights for products, services, or assets. Encrypted transactions are carried out in a decentralized computer network without the involvement of an intermediary (e.g. a bank), and are checked and confirmed by all network nodes for their authenticity or validity.

The terms of the agreement between the two or multiple parties are written directly in lines of code. Smart contracts are self-executing contracts, which means that they come into force automatically at certain predetermined events and for this reason do not require human supervision. If these entry conditions are met, the algorithm automatically initiates a transaction, which is then validated and saved in a block. When the transactions are grouped in a block and linked together cryptographically, it is called a Blockchain. Because each node (computer) that performs a transaction on the Blockchain has a copy of the transaction history, it makes Blockchain a decentralized public ledger.

An essential element of Distributed Ledger Technology (DLT) platforms is the respective “consensus mechanism”, which is used to ensure that the network nodes reach an agreement on the respective state of the distributed database.

A decentralized application, dApp, consists of smart contracts visualized on a front end and executed on a peer-to-peer network. Some dApps based on the principles of decentralized finance have been around for years, but most applications have been on the market since the end of 2018. They can be distinguished by the different benefits, but the main uses are:

What is the difference between Bitcoin and Ethereum?

Ethereum is the second-largest cryptocurrency market, after Bitcoin. allows the use of DeFi services and the creation of other new Blockchain applications on which the Ethereum (ETH) cryptocurrency will operate – when a node performs a transaction, the gas fee will be paid in ETH.

Similar to Bitcoin, Ethereum is also a distributed ledger platform on which transactions can be carried out in a decentralized peer-to-peer network using cryptographic methods in a forgery-proof manner. Transactions here not only represent payment transactions with Ethereum’s cryptocurrency Ether, but also the execution of one or more Smart Contracts, which can be programmed by the user himself or taken from Ethereum’s own “Smart Contract Library”. Transactions are mapped on a blockchain in a similar way to Bitcoin.

The current state of the distributed database not only maps payment transactions but also the respective states of the Smart Contracts running on Ethereum. This state of the decentralized network is continuously mapped in a virtual computer “Ethereum Virtual Machine” (EVM) on each Ethereum node. The smart contracts are written in the programming language Solidity, which was specially developed for Ethereum.

Ethereum’s currency is used, among other things, to create an incentive for the validating network nodes (miners) to check transactions and combine them into new blocks via a transaction fee. On the Ethereum platform, these fees are called “gas” which provide a de facto pricing mechanism for the efficient use of scarce mining resources. Because the higher the transaction fee paid by the initiator in the form of ether, the greater the incentive for network participants to carry out this transaction with priority.

What are the benefits of DeFi?

Some of the benefits that DeFi brings to consumers are:

What are the downsides of DeFi?

A major disadvantage of this technology is the high storage overhead. The blockchain grows with each additional block and the growing amount of data is also stored on every node of the network. As a result, not all transaction scenarios can be mapped in this way.

The performance is also a disadvantage because both the verification of the transactions and the synchronization take time. Also, many crypto projects can be an easy target for hackers because smart contracts are not programmed correctly and are not audited by an IT team, many of them being created by the copy-paste method from reputable projects.

To give you an idea of ​​how serious the situation is, the Poly Network exploitation was the most significant DeFi attack in history and recorded a loss of over $ 610 million in cryptocurrencies. In the same year, there were $ 4 billion in cryptocurrency thefts, according to the Business Insider India.

Buttom line is that Decentralized Finance (DeFi) creates almost endless possibilities for anyone with a smartphone and internet access and promises fairer and more democratic finance.

Book your place on our platform to be up to date with crypto investment opportunities.

We are also waiting for you in our Telegram community. 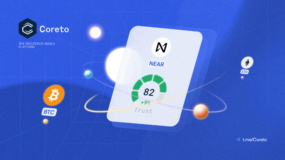 How crypto communities will benefit from the Projects Module on Coreto.io 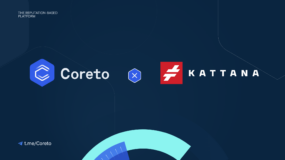