The Rise and Fall of ICOs and what happens now 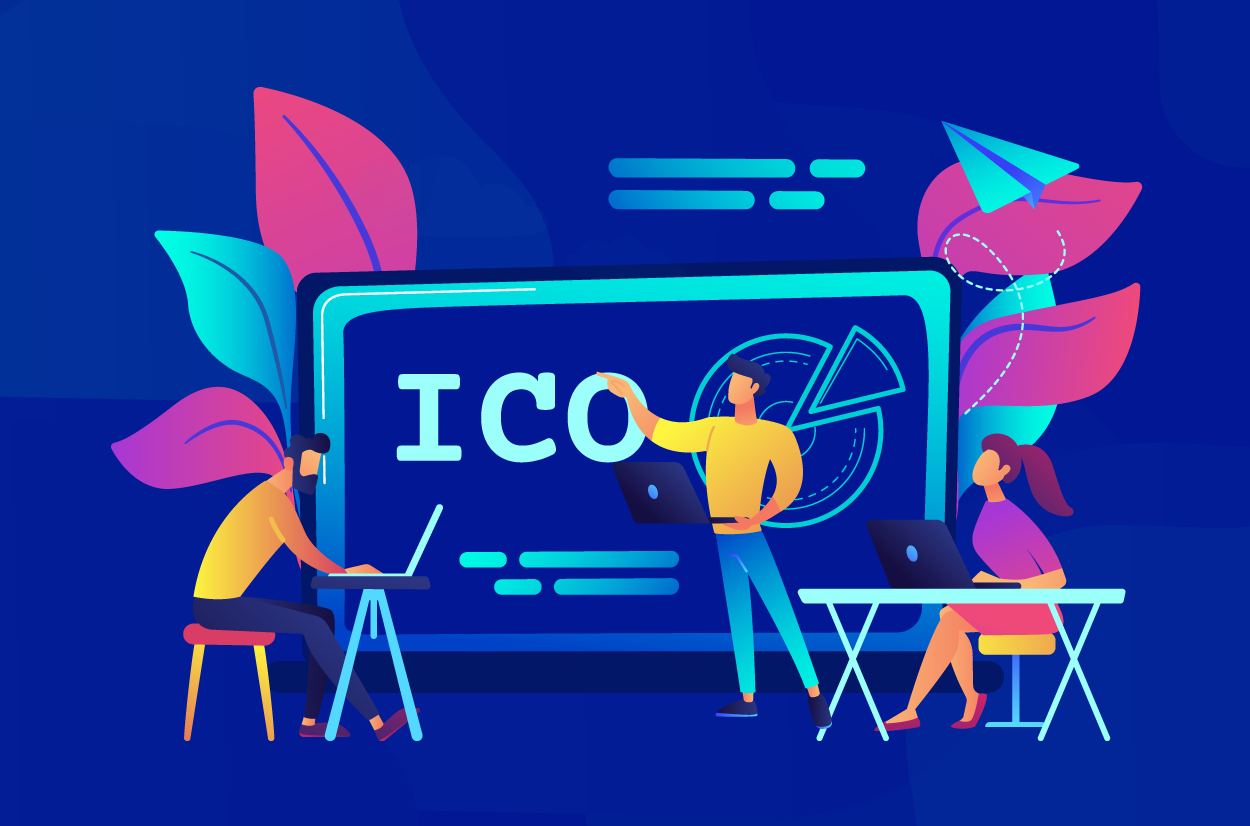 A quick brief about how ICOs evolved and what needs to change in order to be profitable in the current market.

An ICO is a technology-based startup company that is raising money in a different way, by issuing digital tokens in return for funds. This is often colloquially called „doing an ICO”, and this article aims to briefly explain the evolution of this crypto phenomenon together with its success and current state. In order to explain and summarise what happened in 2017, we have to explain the history and context for Blockchain applications, and how those naturally evolved into ICOs. It all started in 2013 when a company named Mastercoin(now called Omnilayer) became one of the first application built on top of the Bitcoin Blockchain.

It was an effort to create the ability to perform more complicated financial transactions on the Blockchain and was the first ever project to do an ICO. They did it and started selling Mastercoin for Bitcoin, so creating what is now known as an ICO. They raised $500K USD. Mastercoin had appreciated in value to make the initial investment worth $5.5M USD, proving the validity of the investment model and paving the way for further ICOs. In 2014 we had Ethereum. 2015–2016 was the first peak. At the end of 2016 over $300 million dollars were raised by ICOs.

I am going to start by saying that some of the largest ICOs of 2017 launched their products this year. Filecoin — $257 Million USD, Tezos — $236 Million USD, EOS — $4.2 Billion USD, Bancor, etc. What was good about this? Besides the large number of people who have generated a lot of money through ICOs. The amount of information, technology, services and general viability of ICOs, has been a very positive change in crowdfunding this year. In fact, ICOs have been so instrumental to crowdfunding that about 30% of all funding this year at the Seed stage came from ICOs.

A lot of promising companies with good initial seed rounds struggled to raise series A and B money purely based off of investor perspectives even if their network effect were quite strong and they had a chance to be profitable. This created a sizeable number of companies that had raised some seed money but were struggling to continue growing in their markets due to lack of belief and funding from institutional investors. We encourage anyone that intends to invest in such startups, to take a moment and find a trustworthy reviewing platform for blockchain projects before jumping in.

2017 was a very important year for this crypto-based technology businesses, but also it was the year that everything started to not work anymore. Expensive Transaction Fees, Slow Transactions, a lot of attacks and hacks. As the Blockchain grows, fewer people can mine, so more and more of the total pool is controlled by the few who own the mining pools. If someone gets scammed or hacked, the money is gone because the Blockchain technology is recognized by its irreversibility. The ugly part (yet appealing in the same time) of this fact is that, without any questions, the blockchain is available for everyone. The ICO space is riddled with people who are looking to commit malicious attacks against other, but we will discuss this in a later article.

In 2018 things started to get scary. Just from reading a few analytic data, according to icodata, in December 2017 the total cap of USD raised was close to $2 billion. The number of successful ICOs was over 200. In September 2018 the industry barely managed to raise $200 million with over 300 ICOs registered. More precise, in March, everything stopped. A few months ago a very basic typical shelf company with 20 members team, shady whitepapers, and no product could raise millions of dollars. Nowadays, hardcore companies, with existing product have a hard time raising even tens of thousands of dollars. Most of them are on flat zero.

This is something that an ICO marketing agency will never tell you. They still charge tens of thousands USD just for the basic stuff. 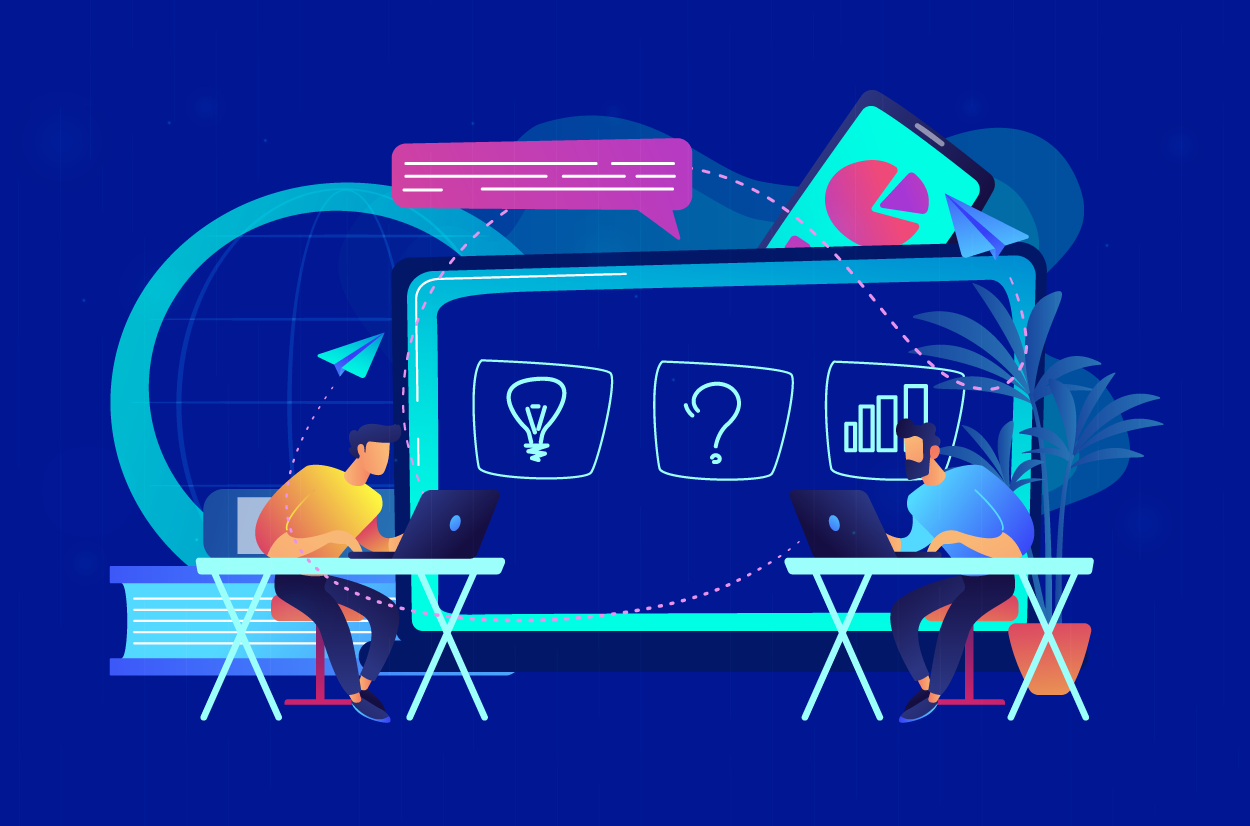 Before you make any decision about starting to invest in cryptocurrencies, we hardly recommend finding the right sources to follow, that can review the state of the ICO market, existing crypto coins and most importantly, have the right influencers (content creators) that can help you to better understand the blockchain project in question. Before you start, you need to know who to TRUST.

Influencers and cryptocurrency experts. The scams

If a company, entity or anyone else wanted to raise $100M through investment channels, you would expect months of due diligence regarding the team, use of funds, technology and, intellectual property. Kickstarter, for example, has projects that require at least a video and timeline of their goals to be accepted into the platform. Currently, startups looking to ICO are writing whitepapers, which are documents of approximately 20–30 pages describing the use of the token. There are currently few to no audits by a seasoned set of investors that can attest to the veracity of these documents. This means that currently there are people making tens of millions of dollars by essentially writing an essay and making a promise, very much like a large-scale confidence scam.

Should you trust influencers?

Yes, you should, but not at first sight. There are a lot of respected voices in the cryptocurrency space, like

The latter is a crypto evangelist who understands the value of ICOs and their potential as a fundraising tool.

What about telegram fake influencers? These scammers are frequently successful. Telegram scam artists are becoming more and more skilled at convincing executives at ICO companies to pay them for advertising. Typically, the fake crypto influencers go into an ICO Telegram group and ask for a contact on the team. The scammers use their fake celebrity to push for the ICO team member to pay them upfront for promotional work. Then once the payment is sent, they disappear.
Everyone will suffer.

A lot of ICOs pay small money to many small youtubers, twitter, Instagram influencers to promote their intentions. At the end of the day, people who trust those influencers will invest, the ICOs scammers will have a few money to lose and they will end up rich. Crypto influencers have a lot of power in the community, if a large influencer covers an ICO project positively, that project will at once start gaining traction in the ICO community.

Crypto industry is trustworthy? How?

It’s very easy to get scammed, choose the wrong ICO or enter a bad trade, but it is also easy to invest well and make a profit. As an investor, you do not want to get stuck in the middle of a not trustable ICO with a not trustable audience, whitepaper, marketing strategy. Although these cases of fraud are very common, the principle of fundraising remains a good one and using ICO is a good solution. All you need is knowing how and why you should trust a particular review of a given project (wether it’s an ICO or an existing coin review).

That’s one of the things we’ll do here at Coreto. We are a reputation-based, tokenized social platform that will disrupt the way blockchain projects are being reviewed, using the cumulative knowledge of experienced investors and influencers mixed with machine learning algorithms and a pinch of predictions.

Join the discussion on our Telegram Group and find out more about how we want to change the way blockchain projects are reviewed and how crypto influencers will need to up their game in order to deserve your attention.