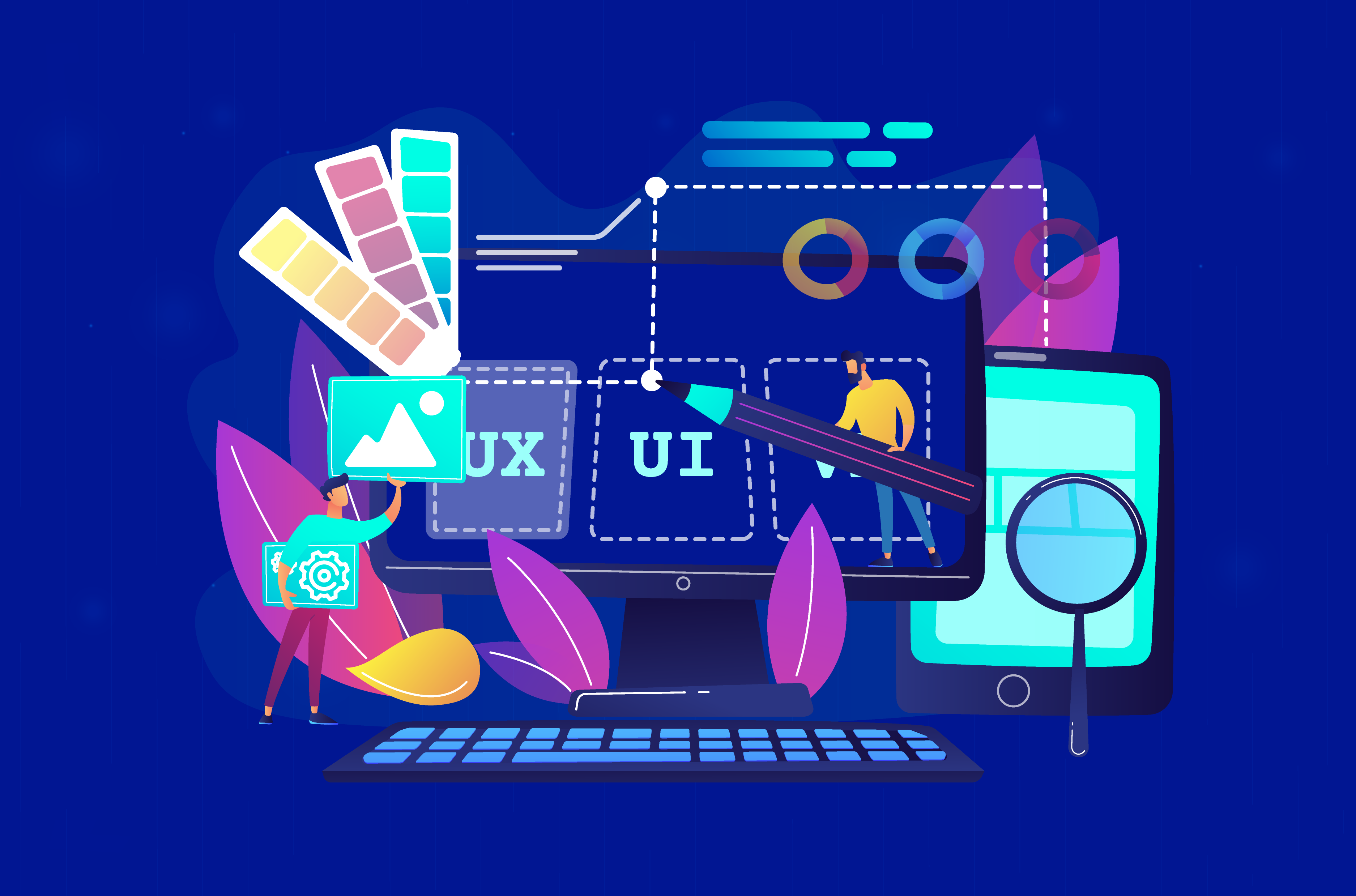 Defining the User Interface – UI and the User Experience – UX

Accordingly, UI/UX often is reversed as UX/UI to emphasize the importance of designing the overall experience rather than just the interface.

Let’s simplify. An interface is a tool — one of the best examples of an interface is a Graphical User Interface (GUI) and is what you are using now to navigate your computer and how you got to this article. An interaction is a dialog between the user and the digital object, mediated through a computing device. A key term is now introduced: experience. Think about a smartphone. The sensation of holding it in your hand, the ease of control, the beautiful feeling of being connected or the rewards of instant almost everything. These are experiences.

Experience is critical, for it determines how fondly people remember their interactions. For a formalized definition, we need to access ISO 9241–210, which defines user experience as a person’s perceptions and responses that result from the use or anticipated use of a product, system or service.

Therefore, humans use interfaces, but they experience interactions, and it is the experience that determines the success of an interactive product (Norman, 1988).

The rise of cryptocurrency in the past decade is more than simply a technological update; it’s a real-world incarnation of a monetary system that only existed as a thought experiment.

With growing rates of 1000% or more, cryptocurrencies have proven themselves to be worthy investments, causing many people to look to them as profitable investment options. But there is so much more to cryptocurrency than its astronomically high growth.

What are they? A cryptocurrency is a method of constituting virtual “coins” and providing for their secure ownership and transaction using a cryptographic problem. This problem is designed to be easy to verify but computationally difficult to arrive at a solution. Various cryptocurrencies use different functions for this purpose, the most common being a hash target, by which hashes are calculated so as to come in lower than a certain value. The hash target (i.e., the difficulty of the problem) is adjusted every so often on the total computing power on the network, which has the advantage of keeping the time between solutions more or less constant.

Other protocols, such as Primecoin, provide for the problem by the calculation of large prime numbers. In theory, any hard-to-calculate but easy-to-verify function with easily adjustable difficulty would do.

This computationally intensive “proof of work” is the method by which transactions are verified as unique and trustworthy. To incentivize participation, transactions can include a transaction fee that goes to the first user to successfully verify it. This fee is optional in Bitcoin but mandatory in some others.

In some ways, cryptocurrencies are changing finance by presenting meaningful alternatives to traditional currencies, such as the dollar, which are sagging because of governmental mismanagement. No one can know for certain how it will continue to grow and shape finance, but it has spawned its own movement that people aren’t keen to back out on.
Cryptocurrency is here to stay, and finance will change because of it. You already know that cryptocurrency is a big deal, so why it hasn’t taken over the world yet? Well…

When cryptocurrency becomes user friendly, the world will change. Let’s start with aesthetics. In the early 1990s, Masaaki Kurow and Kaori Kashimura, two Japanese scientists, claimed that attractive things work better. Even if we stop right here we know that this is true. We often use products in our house or in our daily lives just because they look or feel better than other available options.

Back to our scientists, they studied different layouts of controls for ATMs, in which all versions of the ATM were identical in function, the number of buttons, and how they operated, but some had attractive user interfaces, the others unattractive. The result? They found that the attractive ones were perceived to be easier to use.
The same study, with rigorous methodological controls, was conducted by Noam Tractinsky in Israel, a more action-oriented culture. Stronger results here as the author puts the phrase were not expected to correlate in his scientific paper.

Now that we have a basic understanding of the UX/UI perspective, we defined cryptocurrencies and we scientifically proved that attractive UI generates a better UX, let’s dive into the crypto world. Long introduction, I know. But we’re here to learn, aren’t we?

We’re tackling the problem of mass adoption so we clearly have to include more than tech-savvy people, crypto enthusiasts, so on and so forth. I might be too generous, but I think the UI has improved in many cases, to the point where you can’t complain anymore. Coinbase has a clean, flat interface with a clear headline ruling the header: Buy and sell digital currency. Their other products, like Wallet or Prime, follow the same identity system, keeping the design unified.

On the UI side, we’re good — at least on emerging products. If last year we saw hundreds of “on the knee” ICO websites, poor or in-existent visual identities, ’94 graphics in wallets and dapps, today we run into sexy UI at every corner. But because this is relatively new, the overall feel is still uncertain. Again, we’re not talking about those who followed the crypto space since the beginning or tech-savvy minds that have the early adopter behaviour set as default. We take into consideration the factors that have yet to be optimized and developed so that we see adoption at a global scale.

Wallets are starting to look like our everyday internet banking apps and this should attract users and improve the UX. A normal evolution as barriers to enter the market start to rise. We have plenty of examples here, from the newly released Trinity, to Sapphire and the real-life application, PundiX. Although crypto its gaining ground, it’s a new phenomenon and individuals don’t have much information regarding the core functions of this digital currency. And talking about information, if you want to learn about cryptocurrency, you most likely will end up on BitcoinTalk— which is not the most eye candy place out there.

On the other hand, looking at the top 100 cryptocurrencies websites, I can’t find anything that could be easily introduced to my parents or my friends. They all have in common big chunks of text, dated graphics, poor responsiveness and whole sections with code and technical aspects — sounds familiar? That’s because we’re in the 90’s, just before the beginning of the UX era.

It’s… not good. This subject was heavily debated around here so I’ll keep it short on the examples. Diving from the start, the buying, Hodl and trading processes in the crypto space are terrifying. Greeted by security warnings, phishing alerts and steps that ensure funds security, the everyday user will surely be discouraged. Let’s keep in mind that over 85% of users will stop using an app if it’s difficult to use.

UX has a lot of ground to cover, especially now, when a new titan is raising: VX (viewer experience). But this is another topic.

My conclusion is that the majority of the ecosystem needs to change in order to raise adoption. I think usability will happen as a natural step of the process and now we’re just getting past the tip of the iceberg. These are good news for us, designers, because with all the available knowledge and collaboration tools, we can shape the new .com, better and faster.

If you would like to have a conversation around this subject, I would love to hear your thoughts in the comments below. You can also find me on LinkedIn or talk about the project I’m currently working on, on Telegram.

A multi—disciplinary UI & Design brain with 6+ years as a graphic creator. A maker of various things. The Creative Lead of Coreto Platform. 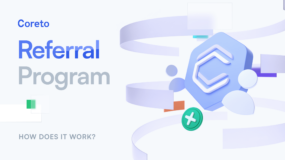 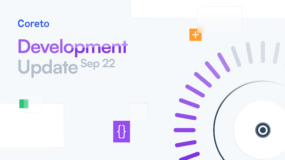